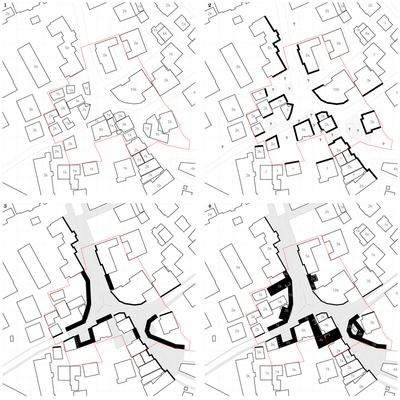 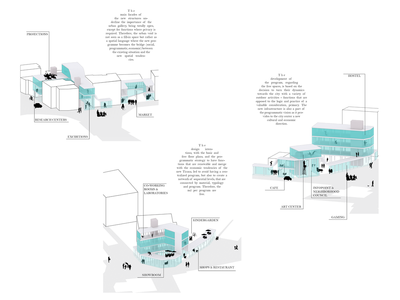 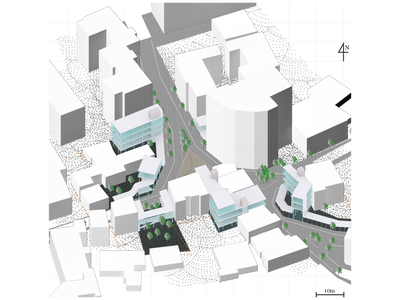 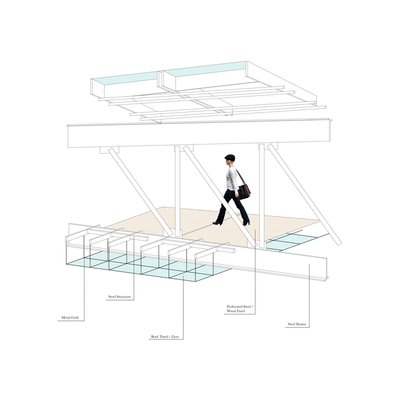 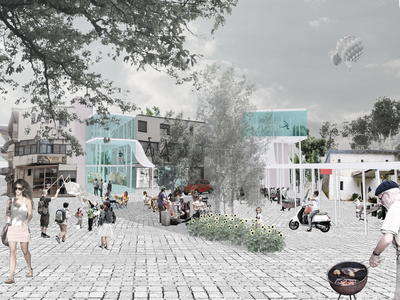 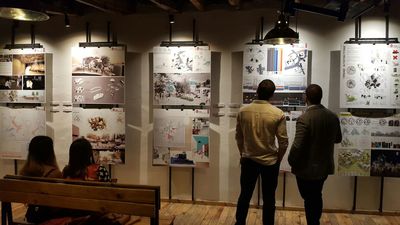 In the exposition
The project suggests the creation of a typological Urban Core, a concept in which the city could gain an organic entity, through sequences of culture - primary - but also sequences of urban space, arts, materiality, social and economic development.

Following the emerging tendencies in Tirana, the project narrate through the spatial sequences the story of each space and time, that have created a rather spontaneous and uncontrolled urban pattern that needs rather to be studied and underlined, but also to be introduced as an design element on the new vision of common urban space. The single line on paper that, finds the lines of the existing buildings, becomes a stoa and later connects the urban voids, is used as the narrative that could be a useful tool for other neighborhoods as well. Start-up co-working, art and exhibition centers, hostel and youth activities are some of the programmatic sequences.

The identification of the area can show the possibilities for the needed transformation. Unlayering the site itself and after urban volume and typologies studied, without wiping out urban life (culturally and artistically), it is intentional to enrich the unity in the urban structure formalising the “spontaneous culture of buildings”. Existing functions, shapes, voids, centralities and densities are used as tools for guiding the design process, focusing at the same time on what there is and what may come.

​​The design intentions, with the basic and free floor plans, and the programmatic strategy to have functions that are renewable and merge with the economic tendencies of the new Tirana, led to avoid having a centralized program, but also to create a network of sequential levels, that are connected by material, typology and program. The insertion of a temporary key element to the remaining urban void, in both interior and exterior of the urban blocks, combined with the gradual demolition of spatial borders, allows for more open and flexible spaces. This continuous urban gesture (stoa), manifests in a cloister within each city block and provides an opportunity for socializing, working and collaboration - an essential means of development and creativity.

The developed spatial relations, go beyond the traditional segmentation of public and private, but refer to the flexible undefined place where human creativity and collaboration occurs. It is a move away from spaces which are highly defined for particular functions, established by pre-ordered conditions, social norms or hierarchies, but the community of operating citizens at large. The new common space integrates and unifies without loosing the elements that make the site unique.